77 replies to this topic

I have to say first that I am all for racial equality, but:

I have just been reading yet another letter demanding action regarding the number of black people being murdered across the globe, and the rascist issues involved.

There seems to be little interest regarding the numbers of police officers who are murdered during the course of their working day. No marches, no placards and protests, nothing.

That is clearly not a racial issue, so perhaps we need another approach!

That is clearly not a racial issue, so perhaps we need another approach!

The BLM People project their concerned parent mentality onto Black people because it is a way for them to virtue signal and show how holy/devout they are.

Its a "Post-religious" society issue people didn't just become atheists many instead converted to something that just doesn't look like the ordinary religions.

People are following the herd and preaching to each other the same ideals and moral panic as to instill in themselves self-righteousness and unwarranted self importance.

What we have here is a developing religious order or at least the behaviors thereof.

NPC's(background character for decoration) and Neo-Puritans are common names used to describe these people.

The guys whose entire lives revolve around "Social justice" politics behave exactly like the fanatics who tried to ban everything from the Simpsons to Marilyn Manson 20 years ago.

_Jason Janz, director of Citizens for Peace and Respect 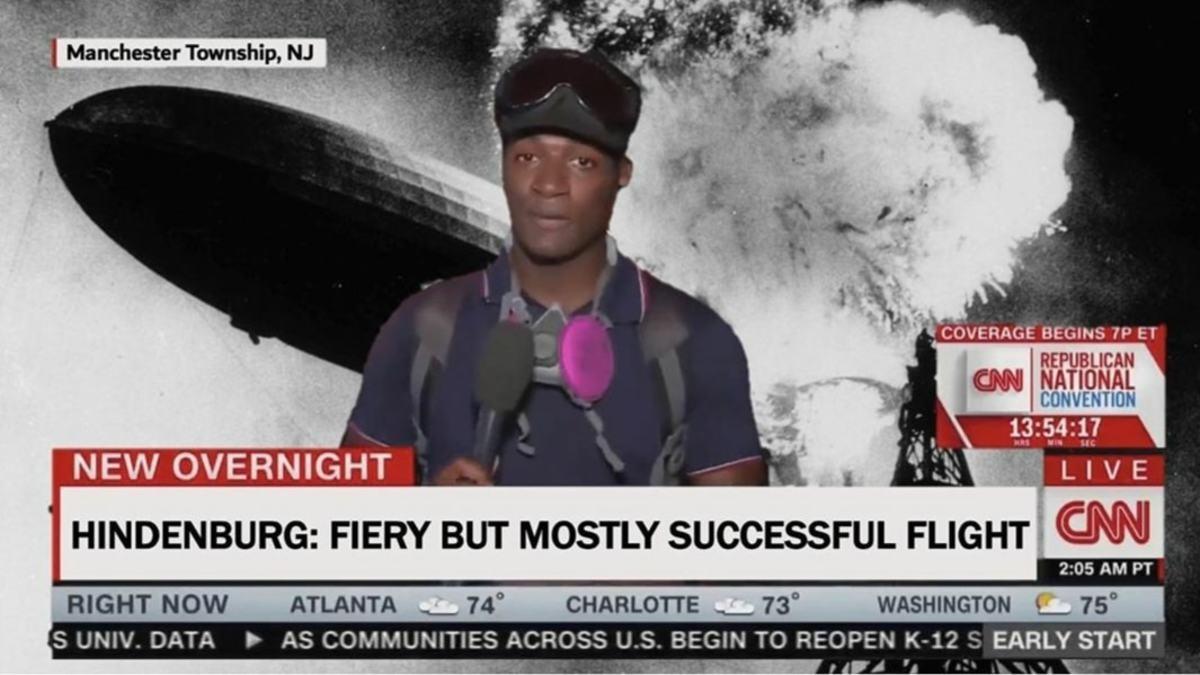 Edward Dutton did a video on BLM as a religious movement He finally gets to BLM around 25:28 but up to that point mostly talking about faith and movements in general

That sounds "racist" to me.

I mean, how can you be part of a truly integrated society if you only murder "your own kind" ?

Here are the FBI stats make of them as you will .https://ucr.fbi.gov/...ata-table-6.xls

With what is being put forward by BLM types is it actually possible to follow their guidelines without being a weird combination of a segregationist and an Ethnomasochist.

These are just five of the many black people [ who died for our sins.]

How many Shetland folk can tell me they know these names and the systemic injustices which have caused their death?

When the Black Lives Matter movement rose to prominence around the globe, the Shetland staands group made a push for racial equality within Shetland. While this garnered a shocking amount of support throughout the isles, our local council showed little interest in ending this abhorrent system we, as white people, have perpetuated. Whilst many, through lack of racial education, do not understand the racially unjust system we exist in and benefit from as white people.

This pandemic has proved challenging for many of us, myself included. However, it is impacting the BIPOC (Black, Indigenous and People of Colour) communities at a much higher rate than any other. We must act to change the racist system we have grown up through and benefitted from, at the expense of non-white people, to prevent even more senseless deaths in the future.

REPENT REPENT AND EMBRACE OUR LORD AND SAVIOR GEORGE FLOYD WHO WAS MURDERED BY OUR SINS & SINFUL NATURE!

In a time where Shetland is struggling to attract young, working age families to the isles to work and grow their families, shouldn’t we be striving to cultivate a community which celebrates our differences and defends those who are being systematically trodden on?

The livelihood of the Shetland economy and its future depends on the community embracing the Black Lives Matter movement and providing an example of what it truly means to abolish racism from our lives.

Transport/Infrastructure, Gainful employment, Suitable housing where it is needed and profitability of local enterprises who provide employment aren't racial issues.

Also the fact that besides people who have worked on the oil rigs most of people in the mainland UK without any familial or work connection to Shetland barely know anything of Shetland and also lots of people are total wimps about the cold, thus Shetland isnt a place they would move to.

When i was first talking to people about Jobs advertised in Shetland i was told that they had in the past interviewed and tried to hire people from the Mainland but they ended up not moving and showing up for work,

they told me to call back once i was living i Shetland.

Low Vacancy rate of rentals and shortage of cheap housing near potential work seems like a bigger factor than racism.

Praying away racism isn't going to change that, Its just feel good nonsense

Lockdowns may price working age people out because people with savings and paid off houses will move first and can do so regardless of what jobs are in the area.

This pandemic has proved challenging for many of us, myself included. However, it is impacting the BIPOC (Black, Indigenous and People of Colour) communities at a much higher rate than any other.

Would things look the same if we compared other races to white people of similar income, occupation and status instead of amalgamating into 2 teams Team diverse, Stunning and brave and team Non-diverse untouchable(racist as an inherited original sin)

Are they saying that nonwhites aren't part of the wider communities be it Village, Neighborhood, group of friends etc

and who is Indigenous to Subarctic European Islands?

If you look at the FBI stats for 2018 Blacks murdered 514 whites while whites murdered 234 blacks  . Black people are 13% of the US population . So Blacks disproportionately murder more whites  which is the reverse of what BLM claim .

If you look at the FBI stats for 2018 Blacks murdered 514 whites while whites murdered 234 blacks  . Black people are 13% of the US population . So Blacks disproportionately murder more whites  which is the reverse of what BLM claim .

America is so progressive, the job of "White supremacists" has been outsourced to Person of Colour immigrant labor.
Remember Jussie Smollett? He Had to hire 2 Nigerian guys to conduct white supremacist actions against him.

As for the White people THIS is about diversity therefore it does not apply to non-diverse,

Feminism is about Female oriented issues

Masculinism is about Male oriented issues

Egalitarianism is about all groups

Diversity is about all but one group

Who's doing the most killing?

Who's killing the most of theselves?

Its Just like Boneghazi, The ethics of stealing and sale of human remains and utilizing them for occult rituals were initially dismissed

It only became a problem when it was established that the victims or remains thereof were likely to be black.

Not even joking about Boneghazi, You can have literal skeletons in your closet and the outrage only occurs if a racial angle can be established.

That was put rather well George but it will do little to appease the protesters. The facts relating to the problem are of no interest to the BLM marchers and rioters.

The black communities need to look inward a lot more to help resolve their problems, much of which they are themselves responsible for. They have more murders than anyone else. Very little in hispanic communities by comparison, or asian for that matter.

Police trying to solve murders in their communities are often met with a sour silence during the investigation. This silence is certainly brought about by some suspicion of the police but to a large degree also brought about by fear of their own community and the violent criminals within.

Without cooperation with the authorities those murderers will remain at large and the whole sorry situation will continue.

All the murder and mayhem will be blamed on rascism.

While other factors are to blame.

England may have to admit that they can see a little more relevance in the case, though.

I agree with you yet again George, it has little to do with us.

However that doesn't stop those in these isles who seem determined to highlight the whole thing, therefore encouraging more marchers and protesters and more chaos.

The protest marchers should be pointing to affected communities worldwide, insisting they need to look inward to solve their murder rate problem. They need to change their attitudes and face the fact that they need to connect with police to take the gunslingers off the streets.

The police and the community need to work together, the hoodlums need to be brought to book whatever their colour.

And looking at the murder rate the main problem is with the black communities.

That fact needs to be faced.

On the matter of Pyramids

All the lies you've been told, Baby, let me set you straight

What we did back then was great, You just don't know

Let me show you the past, So your future can look bright

If you walk into the light, If you see yourself

I've heard them say, That we wasn't even there

Baby, let me make it clear, We were the ones

If you pay attention, To what I'm about to show

There's no doubt that you will know, We were the ones

'N I'ma show you who Nefertiti was, That she was black because

That's the way that Ra made her

Cause that's the way that Ra had made him

Now, once we came, from the southern lands so high

No, they think that we forgot, 'Member the time

From the one, in the west, These black people made their way

See them coming forth by day, And there we are

As above, so below, This is how they built the stone

We have never been alone, This is the truth

If you can't see yourself

Then it's true, you've been mislead

Got them lies all in your head

Where is this ''white supremacy '' ? If you look at the average earnings per year in US the Indians and Asians earn far more than whites in the case of Indians twice as much on average .Its also well documented that gays earn far more on average than straight people . https://en.wikipedia...ousehold_income   -   https://www.vice.com...-straight-peers

Back to Welcome to the Shetlink forum